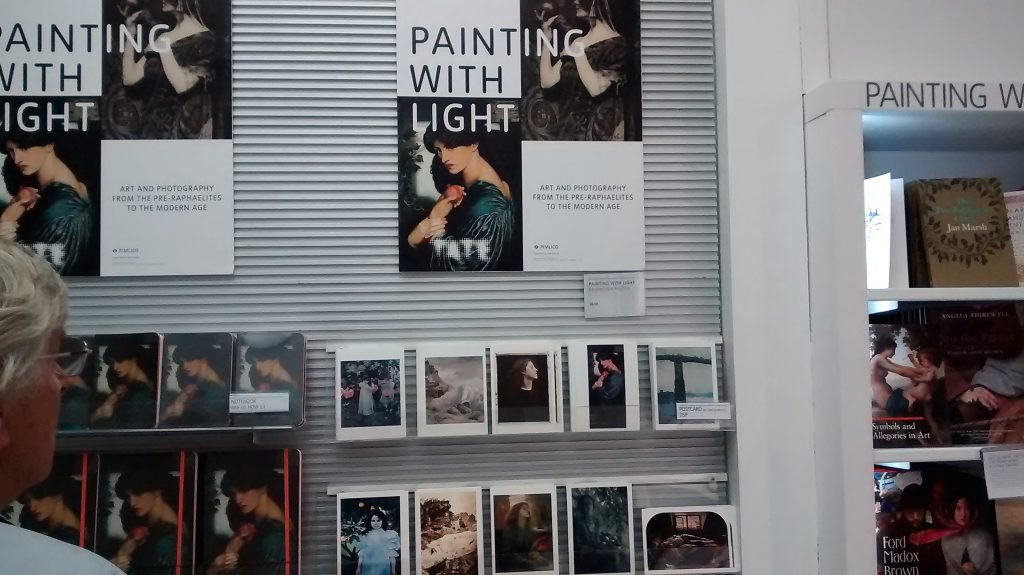 Get the tube down to Pimlico which, of course, means I’m going off to see what’s showing at Tate Britain but en route I call into the Chelsea Space, a small exhibition venue attached, both physically and metaphorically, to the Chelsea College of Art, although I’ve no idea what exactly is precise nature of their relationship.  Never mind, the space consistently stages interesting little shows with the emphasis, as their website explains, ‘on curatorial experimentation, the exposure of process and ideas, and re-readings of artworks, collections and archives and their re-presentation for contemporary audiences’.  Ok, that may sound just a little bit jargonistic but I daresay the director has to rub shoulders with a lot of lecturer types from the college which has caused him unwittingly to start picking up some of their unfortunate loquacious tics.  Never mind, again, for the current show is a fascinating display of archival bits and bobs covering a dozen or so years in the life of the Nigel Greenwood Gallery, from its inauguration in 1972 in Sloane Gardens until its relocation to the more central London venue in New Burlington Street, which I remember visiting quite regularly until its eventual demise in 1992. 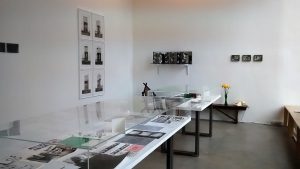 The eponymous owner may have had an arboreal cognomen but…no, sorry, I think one of those Chelsea tics must have got me during my visit…let me try starting the paragraph one more time…Back in the ‘70s, Greenwood was notable for being one of the few commercial galleries that actively tried to promote a progressive brand of international avant gardism by featuring work from artists like Marcel Broodthaers, Marc Chaimowicz, Bruce Nauman, Ed Ruscha, Richard Tuttle, Gilbert & George and Bernd and Hilda Becher.  The exhibition here has some Becher photographs; a wobbly gin bottle prop from the days when G&G were doing their living sculpture routines; and some small pieces of string from a very Minimalist Mr Tuttle – but perhaps more interesting is the mass of other Gallery ephemera that’s been gathered together and stuffed into a series of glass display cabinets.  So, there are letters to and from buyers and artists, private view cards, contact sheets of exhibition installations, books, posters and even an old bookkeeping ledger.  Maybe that tic has made me go a bit gooey and nostalgic but for me it conjures up a strong sense of honest, enthusiastic amateurism – well, not exactly amateurism but a sincerity and idealism that seems to be the near total antithesis of the cool, clinical professionalism and functional, financial ruthlessness exuded by most of today’s larger commercial galleries. 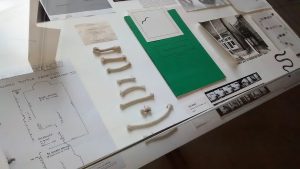 Of course, it would be naïve to suggest that everything was wonderful in the much smaller London artworld of forty years ago but maybe it didn’t have quite such the same mercantile approach to curatorial practice that it does now.  Inevitably, this materialistic, managerialistic attitude has spread to the great cultural institutions of the public sector, albeit in a form distorted by their essentially non-commercial nature.  I suppose the apotheosis of all this comes with Nicholas Serota diverting his attention away from curating art exhibitions in order to develop his skills as a property developer and project manager, having first dedicated enormous amounts of time and effort to fundraising a quarter of a billion pounds to add an unnecessary extension to Tate Modern.  The fact that all his efforts have resulted in a mass of additional admin office space, a restaurant, a viewing platform, a larger members room and a small amount of extra exhibition space (that wasn’t really needed anyway) suggest that he was primarily motivated by a desire to satisfy his own egotistical expansionistic urges rather than in the furtherance of fulfilling any specifically unmet artistic needs.  And I can’t help thinking that his time would have been better spent concerning himself more with the actual art of which he’s currently custodian and the uses to which the vast exhibition spaces he already controls are put, in particular the galleries used for the temporary shows in the old Tate Britain.  While Serota can clearly raise money for capital expenditure to be used on empire building, I think he must be having more difficulty when it comes to the less glamorous problem of finding the revenue to pay for the research and all the other boring but necessary logistical aspects required either to stage or create the kinds of shows that should be filling Tate Britain. 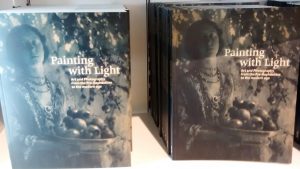 I feel compelled to say that both the current exhibition, Painting with Light:  Art and Photography from the Pre-Raphaelites to the Modern Age, and its predecessor Artist and Empire:  Facing Britain’s Imperial Past, looked cheap to me.  By which I mean that neither can have required the outlay of very much money to stage.  For both shows, the vast majority of the items on display are secondary, minor artworks that have been languishing unshown for many years in the Tate’s own storerooms.  Presumably, some of the junior curators were asked at some point to come up with suggestions for broad thematic exhibition ideas that could allow for these unloved paintings and prints and photographs to be gathered together and spread out round the gallery walls and so create the impression of an exhibition.  Of course, sometimes it’s perfectly reasonable for an author or academic to put unfamiliar artworks from lesser artists into the wider public domain, if they can be can be used as supporting evidence to illustrate a specific academic theory or thesis.  But, as far as I can see, the sole reason for staging the Artist and Empire exhibition was to enable all right-thinking gallery goers to enjoy the self-righteousness of loudly tut-tut over the appalling misplaced arrogance of Britain’s imperialistic past as expressed through the sentimentalism and racism of its jingoistic visual representations. 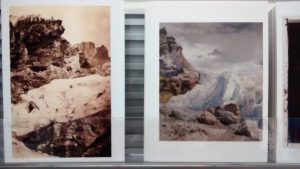 As for Painting with Light, I think the idea here seems to be to make the revelation that during the period from about 1850-1910, photographers tended to choose their subject matter based on the familiar stylistic arrangements of their painterly contemporaries while, occasionally, artists made use of the new medium to make aides memoires that helped them recall the lie of the land or the pose of a sitter.  Neither are particularly startling suggestions and I’m sure that a handful of appropriate paintings and photographs would suffice to convince the most contrarian of sceptics that both the propositions have some validity.  It certainly doesn’t require nine rooms of examples to make the point and yet that’s what we get.  The bulk of the exhibition follows a rather plodding path whereby a painting of a particular scene, whether it’s snow on an alpine glacier, sun on a Middle Eastern landscape or the radiance of swooning Pre-Raphaelite beauty, is mirrored by its near exact photographic equivalent.  So, we get John Brett and Friedrich von Martens both struggling to express the chill factor out in the Rosenlaui Gorge in Switzerland; Holman Hunt using his friend James Graham’s snaps to help construct his Nazarene topographies; and Dante Gabriel Rossetti unsurprisingly producing rather more convincingly heartfelt visions of glossy female pulchritude than those managed by Julia Margaret Cameron and her soft monochrome stills.  There are many more similar examples to labour the point and also perhaps confirm the unremarkable thought that while one format can offers the breadth and appeal of full colour representation and expression, the other is able to suggest the verisimilitude of objective reality.  But I just don’t think this is sufficient to make a truly interesting or worthwhile exhibition. 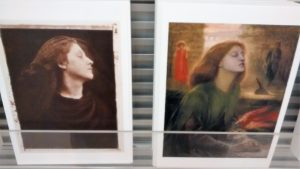 Having paid out to become a Tate member (cheapest annual sub £70) I get into the temporary shows for free but for non-members this show is an unbelievable £18.  I think that anyone who paid that much would be very disappointed.