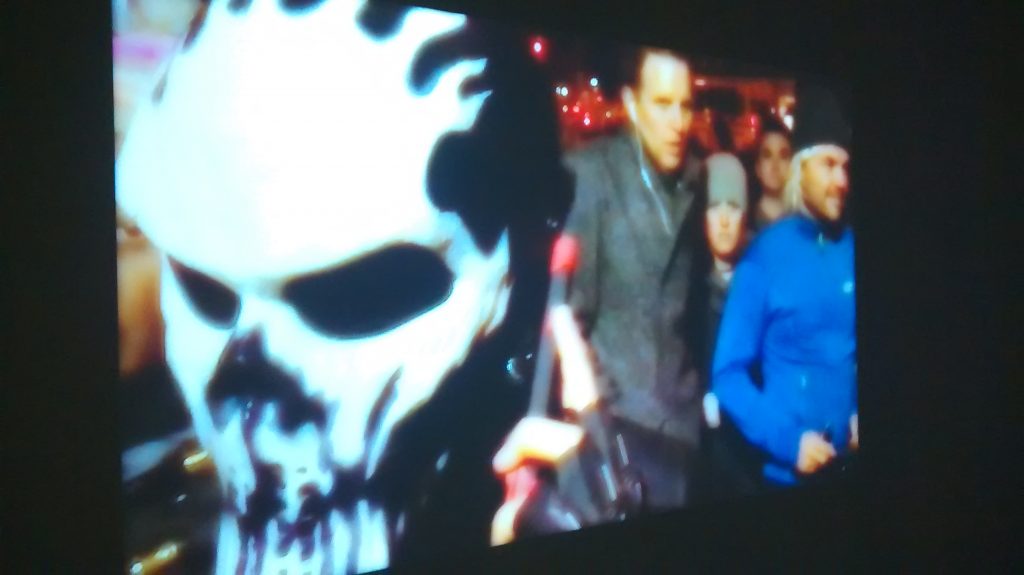 To Piccadilly tube station and then cross Regent Street and head down to the Marion Goodman Gallery which is one of those rather slick and stylish international organisations with outposts in Paris and New York and now a lovely large building in the middle of central London.  Exhibitions here are always elegantly staged, the art chic and expensive and doubtless destined to add glamour to the lobbies of upmarket boutique hotels or ornament the boardroom walls of companies dealing in sophisticated financial service derivatives.  Or maybe it’ll end up hidden away in the stockrooms of one of the newer art museums opening up in the Orient or perhaps be bubble-wrapped to death, slowly suffocating in the secret off-shore storerooms where the dodgy oligarchical speculators stash all their cultural assets.  But however long and complicated are the transitional journeys, I’m sure the practiced professionalism of the Gallery staff will ensure that all are completed with the kind of silky smooth carefulness that always accompanies the trade in luxury goods, whatever form they take. 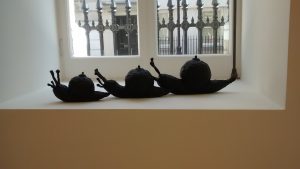 If the ambience of the Gallery is ever so slightly cool and clinical then presumably this is a deliberate policy protocol intended to evoke the appropriate sense of authority and efficiency needed to reassure clients that any potential high value purchases being made will prove to be sound investments, both aesthetically and financially.  And herein lies something of a paradox, since one of the defining characteristics of Modern Art is that it should be disturbing and disorienting – that it should challenge the traditional societal conventions and shock and surprise its audience with novel experimentalism and new paradigms of transgression.  It’s a conundrum rather neatly exemplified by the Gallery’s current exhibition of work by Annette Messager, a great big ragbag installation of all sorts of drawings, assemblages, wall hangings and textile pieces.  I sort of assume that the overall intention of the artist’s is to gently jolt the sensibilities of the general public with a set of Surrealist shivers which range from small scale sculptures of snails bearing breasts on their shell-backs to large scrotal sacks of detritus hanging from the ceiling joists, and from charred Barbie doll burlesques to the sideroom that’s papered over with a cornucopia of detailed gynaecological motifs.  But whereas such displays may once have caused embarrassment, outrage or indignation a couple of generations ago, I don’t think there’s much chance that they’re going to epater any of today’s bourgeoisie gallery-goers who happen to call in to see the show. 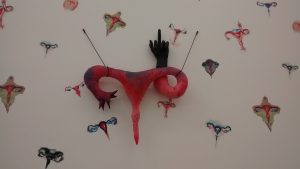 The Gallery notes make reference to ‘an environment of lexical literalness, reversal and ambiguity’, all of which may be true, but the elephant – or maybe that should be the spider – in the room is the lack of any nod to the memory of Louise Bourgeois whose somewhat grubbier spirit Messeger has channelled, sanitised and neatly repackaged.  It’s a thought I mention to the glossy young man at the desk as I make my way out of the Gallery but the only response is a minor stiffening of the rictus that confirms he’s far too busy to engage in any such pointless conversation with a man whose M&S attire so absolutely confirms the status of shabby old hack rather than exciting potential purchaser. 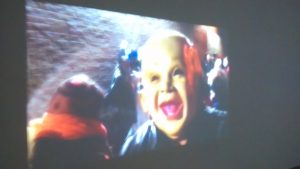 Across the road is the Frith Street Gallery which provides the opportunity to take a look at the latest show from Cornelia Parker, a Conceptualist who consistently dreams up clever little intellectual teasers to produce her particular brand of witty ludic conceits.  And in this current display she seems to have rather perfectly captured the strange, disturbing essence of contemporary urban American culture through the simple expedient of making short video records of some of the natives dressed up in their special Halloween costumery.  Playing back the films in slow motion on the Gallery walls emphasises just what a very odd place the New World has become with scary clowns and zealous zombies intermingling amongst the rest of the other ordinary civilian citizens who display a sterling disinterest as all of them mix and mill, walking together through the teeming streets and malls.  There’s an accompanying soundtrack of groans – slowed down speech, I assume – that adds to the spectre of mundane peculiarity. 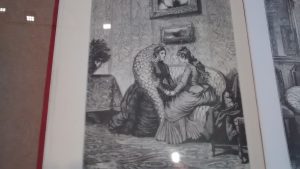 Next stop on today’s tour is at Luxembourg & Dayan and a rather neat little show entitled The Ends of Collage which gathers together works from a range of artists to show how a multiplicity of different cut and paste techniques permeated through the art of the last century and now continues to make further evolutionary developments and contributions to the creative cross-currents of our own post-millennial times.  So, there are some classic pieces of Surrealist nonsense from Max Ernst and the famous Une Semaine de Bonte booklets where, through the deft use of scissors and glue, the artist was able to utterly subvert the rigid strictures and etiquette of polite Victorian society as it had previously appeared in a suite of engraved images.  Witness the beautiful absurdity of a pair of carefully crinolined ladies taking tea, only to be interrupted by the languid attentions of a fully formed pangolin, or the surprise of the moustachio’d flower seller when confronted by the floating chimera of a besuited man sporting a giant bird’s head.  By contrast, Joan Miro offers up a rather more gentle form of cross-cutting with his display of butterflies, parrot and seahorses all caught in a web above a parade of sepia-toned bathing beauties.  Arp, Breton and Schwitters offer up more abstracted versions of reality before figuration makes a return with a Richard Hamilton model head constructed from different clippings cut from various fashion magazine shoots.  Then it’s a skip on to the Post-Modern with Barbara Kruger adding words on to her picture of a sleeping woman to come up with a typically ambiguous slogan: We won’t be our own best enemy.  And then it’s almost full circle with John Stezaker updating Ernst by sticking random postcard shots onto film stills backgrounds and successfully rendering all the narratives both utterly unreadable and totally nonsensical. 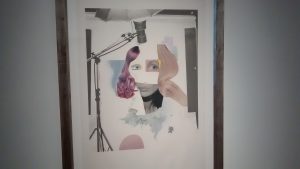 Finally, to complete the day’s outing it’s time to take a look at the work of Richard Tuttle who is showing at both the nearby Pace London gallery and also across town at the Modern Art gallery off the backstreets round Old Street station.  I’m not sure whether he would consider himself collagist, bricolagist, assemblist, sculptor, somewhere in between, or somewhere up above, but Tuttle has made a very successful career out of gathering together all sorts of mundane bits and bobs of this, that and the other and sticking them together to form delicate abstractified arrangements. 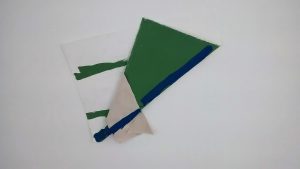 I’ve always thought that his work is a bit of an acquired taste that, frankly, I’ve never really thought it worth acquiring but these latest shows actually seemed a bit more interesting which prompts me to wonder which of us is starting to bend towards the other person’s sense of aesthetic rectitude.  In the past, Tuttle’s constructions have always seemed to me to be deliberately designed to be absolutely meaningless, so that they resemble nothing and spark no connections with anything in the real world but then they also appear to aspire to the state of being visually neutral, neither attractive nor repellent, but instead stuck exactly midway between these two states.  It’s as if the artist has decided on trying to make objects that have absolutely no points of reference to real or imagined worlds and that success is measured on a scale determined by the reactions of a standardised viewer, with the aim being to achieve total disinterest.  It’s all too Zen for my taste and I’ve just never been able to see the point in trying to achieve this version of pointlessness although, I admit, I’ve absolutely no idea if that nihilistic philosophy, or some equally perverse version of it, has actually been the driving force behind Tuttle’s decision to make his art, or not. 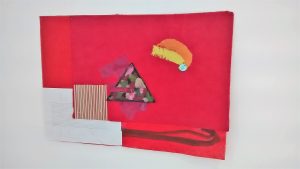 But, having said all that, in this latest expression of Tuttle’s work, some of the pieces actually look almost quite pretty, though I’ve absolutely no idea whether this achievement would make the artist feel joyous, accursed or totally indifferent.