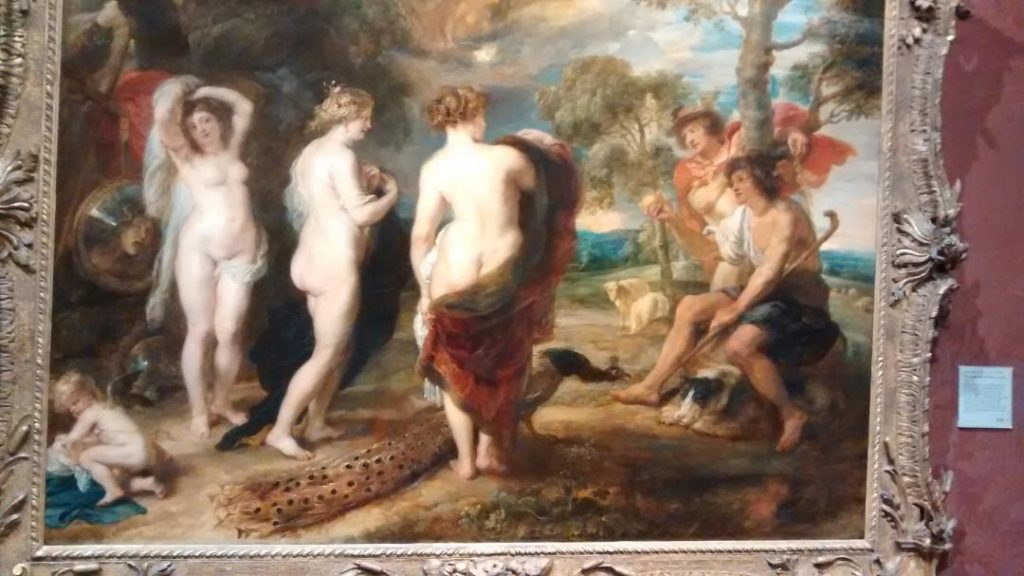 Exit the tube at Charing Cross and, as I emerge into the daylight, I’m hit by a decidedly chill wind.  It’s definitely all a bit parky, taters and any metaphorical metallic monkey out and about in the urban jungle today would probably be wise to guard his manhood – or maybe that should be monkeyhood.  Although, having said that, I was actually expecting things meteorological to be an awful lot worse.  After all, I’m sure that the man delivering yesterday’s TV weather report placed three great amorphous tangerine blobs on his map of the UK, one of which utterly obliterated the capital thus designating the area as being subject to an amber warning which, in turn, means the location is liable to be subject to situations of exceptionally severe climatic catastrophe, up to and including swarms of low-flying snowmen and hordes of disappointed returnees from Pyeonchang ominously waving their ornamental curling brushes about…or something like that.  Suffice to say, that as far as I could see, nary a flake had, in fact, fallen on the environs of inner London and far from Trafalgar Square being subsumed under a blanket of the freezing white stuff, it was instead a beacon of verdant greenery – though not of the vegetational kind, nor yet the ecological, but rather the Hibernian.  This being the morning after the St Patrick’s day before, various stall had been set up in the Square to promote different aspects of Irish cultural heritage, chief amongst which seemed to be some kind of celebration of folkloric fantasy, at least judging by the large numbers of people dressed up in oversized green hats and wispy orange side-whiskers, presumably attempting to emulate the sort of comedic sartorial costume associated with leprechaunism.  All of which strikes me as a rather peculiar expression of nationalistic pride as I make my way on to the National Gallery, thankful that there’s no similar English equivalent that I might be expected to entertain when St George’s day falls in a few weeks’ time. 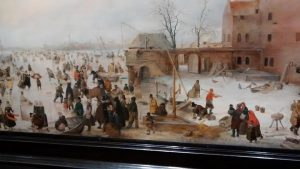 The reason for today’s visit is to see part of the Tacita Dean trilogy of exhibitions that will be showing here; next door at the National Portrait Gallery; and then opening next month over at the Royal Academy.  Perhaps not quite the absolute confirmation of celebratory artistic success that come from having half a dozen shows running simultaneously on Broadway or Shaftesbury Avenue, nevertheless this is, I think, the first time that these three major venues have coordinated their displays in such a fashion.  It’s obviously quite an honour for the recipient of such a tribute and shows just how high is the regard in which the establishment holds the artist. 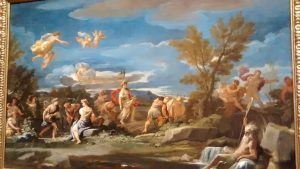 At which point I suppose that I ought to confess that despite the status of my self-certified role as contemporary cultural critic and omniscient artistic know-all, there are actually quite a few embarrassing lacunae and otherwise blank pages located within my personal mental encyclopaedia of artistical biographies and the imagery associated therewith.  And so it is that when I come to flick through the index pages of this imaginary theoretical tome there is just such an awkward yawning gap between Dali and Dallwood on the sinister side, and Diebenkorn and Duchamp over on the dexter.  Although, after quite a bit of head scratching, thumb sucking and brow wrinkling  I do finally manage to summon up a couple of pertinent, if sadly rather vague, recollections from among the deeper recesses of my subconscious store of arty imagery.  I’m certain that Dean was one of those poor unfortunates passed the poison chalice of the Tate’s Turbine Hall commission.  And while I’m pretty sure that I got to see it and that it had something to do with a large filmic projection…here my memory fades to a blank and I simply can’t remember anything else about it except to say that it clearly can’t have been very memorable .  As for the other item, that was more recent and related to a short film of David Hockney having a fag, by which I mean that Dean filmed the former blond-haired wunderkind stood in his studio poring over a print while puffing on a cigarette which, I suppose, is what now passes for a radical subversive gesture amongst the last of the last of the summer fizzy pop generation.  (For a slightly fuller description of the artwork follow the blog ink listed below.) 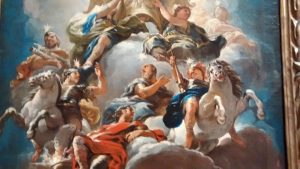 Anyway, after further extensive researches – well, I tried a quick flick through google images – I still don’t manage to come up with any particularly revelatory iconic imagery from Dean which is, perhaps, a little bit surprising considering she has such a relatively high artistic profile.  But, then again, on the plus side it does mean that I can head towards her display here at the National with few prejudices and a reasonably open mind, and willing to be won over to her side.  Fortunately, on entering the Gallery’s main hall there is a small arrow pointing the way to the Dean show.  And this is followed by subsequent similar signage that takes the expectant viewer on a fairly circuitous route through rooms displaying various different aspects of the wonderful permanent collection.  And, of course, the problem with this is that there are just so many wonderful distractions on the way that almost whatever Dean is going to produce at the journey’s end it hasn’t really got much of a chance of being able to compete with that which will have been encountered beforehand. 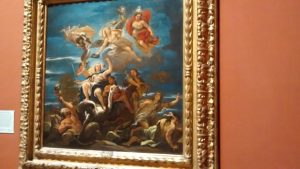 Starting off with a suite of small sample paintings that Luca Giordano produced in the late 17th century to show off his suggested designs for the ceiling decorations of one of those flashy Italian palazzos.  It’s not just that the near-nonsensical narrative subject matter is formatted into such a cleverly complicated interlocking construction, but the overall painting is so perfectly executed.  I just think these ludicrously heroic proto-Surrealistic fantasies are so exquisitely daft and extravagantly over-the-top that it’s hard to pass them by without stopping to admire the sheer bravura absurdity.  In the Allegory of Justice, for instance, the central figure of Virtue seems to be expressing her wisdom and integrity by stamping her foot on an ostrich, while a human-lizard chimera over in the corner casually leans on a leopard, and a pair of plump lovelies use a gravity-defying insouciance to float endearingly above the scene.  There are another nine similar scenes of happy ridiculousness to enjoy and one can’t help feeling that it’s perhaps time for this kind of jolly Baroque craziness to make a comeback. 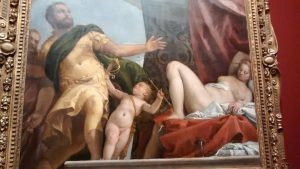 The next diversion en route to the Dean display comes from a rather more serious selection of ceiling displays, this time from a century earlier.  And here the four allegories by Veronese deal with different versions of love, namely Respect, Happy Union; Unfaithfulness and Scorn.  The first of these shows the leading man nobly resisting the encouragement of a naughty little Cupid to behave in a Weinsteinian manner towards a rather alluring sleeping voluptuary. 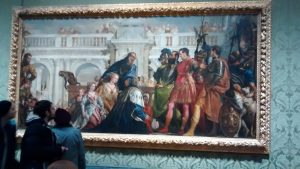 A little further along is another much larger Veronese that reconfirms what a stylish talent he was and how deftly he could arrange a great cast of characters – this time enacting in dramatic form a tableaux revealing the Family of Darius before Alexander.  And if that’s just a bit too stagey, on the opposite wall is a darker, more earthy and realistic representation of Christ Washing the Feet of the Disciples by Ruskin’s favourite Tintoretto. 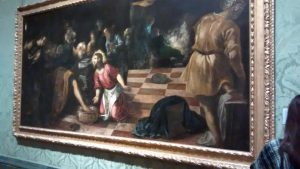 Turn a corner and there’s a pair of perfect little Vermeers placed next to a winter scene that I sort of assumed to be by one of the Bruegel family but find, on closer inspection, to be the work of Hendrick Avercamp, an artist of whom I was previously completely unaware.  But then the near certainty of making new and interesting discoveries is one of the great things about wondering serendipitously through the National Gallery. 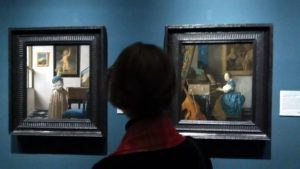 So, now there’s just one final room to get through before reaching the Tacita Dean exhibition.  And it’s not for the faint-hearted.  For it’s here that Rubens gets to show that sex and violence have been staples of art and the entertainment industry for a very long time with the Three Graces waiting to be judged, the Sabine Women getting raped and Samson having a haircut. 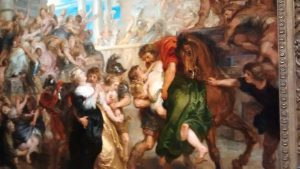 All of which finally leads on to a pair of rooms given over to Tacita Dean to curate a display entitled Still Life.  Basically, the artist has picked out…well…er…actually, unfortunately I seem to have run out of space so rather than be discourteously brief in my assessment of the exhibition that it’s taken so long to get to, I think it’ll probably be better for all concerned if maybe I’ll return here later to start off another separate blog.  Meanwhile I think I’ll go and see if I can find a seasonally cold pint of Guinness. 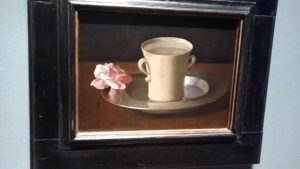