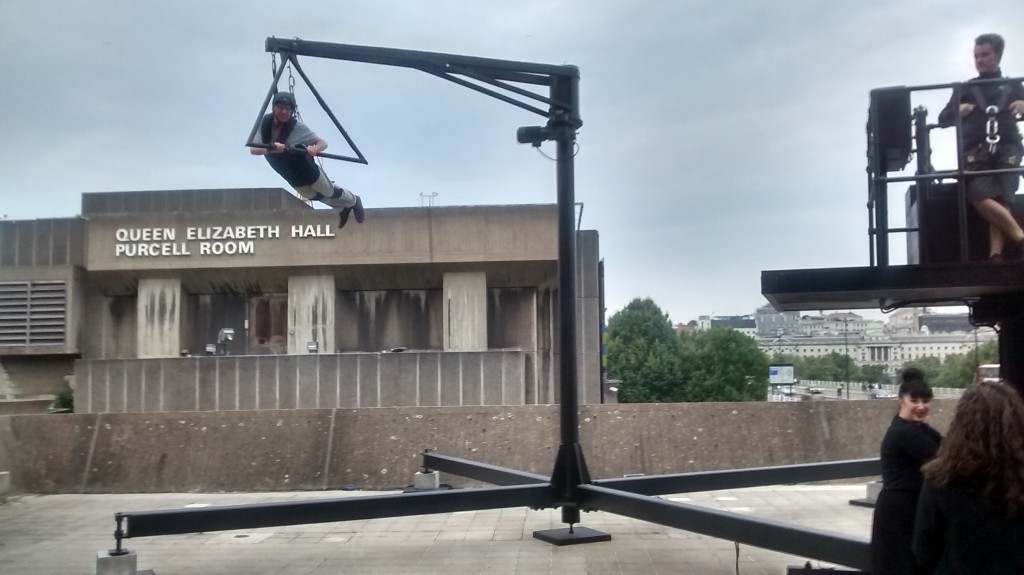 Sitting outside the Djanogly Café in Tate Britain and I’m feeling a bit djanogly myself, waiting to meet up with my old friend Richard .  Artist, curator and professional lecturer,  he likes to think that he knows more about art than I like to think that I know about art – and, rather annoyingly, I think he could even be right.  Anyway, he’s returning his copy of my artworld memoir and it’s time for the verdict.  I can tell by the dozens of dog-eared pages covered in yellow highlighter and accompanied by handwritten commentaries that at least he’s taken the time to read the thing but maybe it would have been better if he hadn’t.  Over the course of the next two hours we go through all his notes and he expands at length on all the various things I’ve got wrong:  factually, stylistically, logically, metaphorically, aesthetically and personally.  Only one bit of what I’ve written is ‘complete rubbish’ but as a whole it’s oversimplified and cynical; I confuse critical theory with criticism and philistinism with scepticism; I naively try to separate art from language when art is a language; I repeatedly misuse the word ‘attractive’; I’ve misunderstood Cezanne, misinterpret late Picasso and there’s not enough on Warhol; I should have outlined Greenberg’s theory of flatness and expanded the section on Minimalism.  Amongst other things, I’m completely wrong about Post Modernism and Post-Post-Modernism. The thing reads like a TV script and, with the best will in the world, no-one is going to let me near a camera – fair point, I have to admit that I’m no Lord Clark or Lord Bragg, just a very common commoner.

More generally, there’s a structural problem.  I thought I’d rather successfully intertwined the two themes in the book: the jargon-free art historical guide to Modern Art and the personal biography, charting my evolution in the art world – as an artist then gallery director, administrator, critic, and collector.  But apparently I haven’t.  It’s ‘clunky and jarring and only occasionally dovetails appropriately’.  I have to concede that this is not something that could be easily fixed.  The answer might well be to create two separate books, though Richard is too polite to suggest that the fastest way of achieving this might be to rip the thing in half.

On the plus side, he liked the title:  Private Views:  A personal history of Modern Art from the Pre-Pre-Raphaelites to the Post-Post-Modernists, and while not exactly unputdownable, he found the whole thing easy to read – although, in retrospect, I’m not sure that this is much of a compliment. After all, he spends most of his time having to keep up with all the latest art theoretical critical stuff – you know, all those bloody French philosophers and clever Americans.  After all the granite and gristle he usually has to chew through, my stuff must be like junk food candy floss,

Richard hands me back the manuscript and I promise to re-read all his comments and reconsider reconstituting the book in two.  But, under the table, I keep my fingers crossed as this is something I’m definitely not going to bother doing.  Apparently it would also help if I read Kant’s Critique of Pure Reason but  at this point I’m pretty sure Richard has started to bluff and I’m tempted to try counteracting with a bluff of my own about Schopenhauer but think maybe I’ll save that for another occasion as I’m getting hungry.

We adjourn to the Rex Whistler Restaurant as I now have to make payment for my brutalising tutorial – well, no gain without pain.  There’s a two-course special so I have the creamy fish soup followed by an odd lamb chop-mutton steak combo while Richard has the souffle and grilled fish.  Separate, specially chosen glasses of wine accompany each dish and even I, who have very little knowledge of grapes and can’t even pronounce the word oenophile, tip my hat to the sommelier as the drink outshines the grub, at least as far as my untutored taste buds are concerned.  With my memoir consigned, at least for the time being, to the paperbin of history, discussion moves on to travel – he’s just back from Vienna and Spain and off with his wife to Korea, which sort of trumps my recent trip to Milton Keynes.  We also run through all the recent exhibitions that we’ve seen.  And this time, rather unusually, he’s even more harsh than I am, damning the Serpentine, the Whitechapel and Royal Academy, ‘Ai Weiwei is one of the most overrated artists on the planet and you can quote me on that’, which I think I will.  His top recommendation is Ben Rivers at Camden Arts Centre, so I figure that I’d better take a look at that.

We also both lament the recent passing of the former Observer film critic Philip French.  Years ago, when I used to write art reviews, he was the person whose style I would try to emulate.  His stuff was always worth reading even if you had no intention of ever seeing the film he was reviewing.  Not only was he extraordinarily knowledgeable about cinema, he had a vast store of memories to draw upon and everything he wrote was elegant and stylishly put together.  Most important, he had a keen sense of humour and would always cram in a pun if he could think of one.  As I tell Richard, I once sent him a letter about the great French director Jean Renoir, famous for La Regle Du Jeu and La Grande Illusion.  Into what category should you place these masterworks?  Answer:  Genre Noir.  Geddit?  I can only assume that French never wrote to thank me for this zinger as he was too exhausted sitting in a dark room all day watching reel after reel of film to be able to reply to all his fan mail.  It’s a pity, as there have been a few occasions when it would have been useful to have had a French letter to pull out the wallet.  Geddit, again?  Oh well, time to sober up and go the galleries upstairs and take another look at Auerbach or, as Richard has christened him, ‘the muddy painter’.

Going round the exhibition, Richard remains cruelly dismissive despite my acting devil’s advocate and trying to argue the case for the defense which, I have to confess, is still a bit muddled.  I was hoping the show would look better second time around but I’m not sure that is the case.  I have a quick scan through the little accompanying booklet which has comments about Auerbach’s paintings from eminent persons such as Robert Hughes, Lucian Freud, William Feaver and the curator Catherine Lampert.  Re-reading these a few times doesn’t provide any useful ammunition for the debate and I think it’s fair to say that none of them really managed to figure out what on earth Auerbach is up to any more than I can.

Maybe looking at these paintings has been a lengthy waste of time and in the spirit of Philip French perhaps I should complain to the Tate and demand my hour back.  Boom boom!

Before we part company, I pitch the idea to Richard of my writing an art blog.  Even with the recent loss of both Brian Sewell and Philip French he has severe doubts as to whether there’s a gap in the market for a Victor Meldrew-Basil Brush hybrid art hack.  He’s not sure the cyberworld is quite ready for it yet but that just acts as a spur and now I’m determined to prove him wrong.