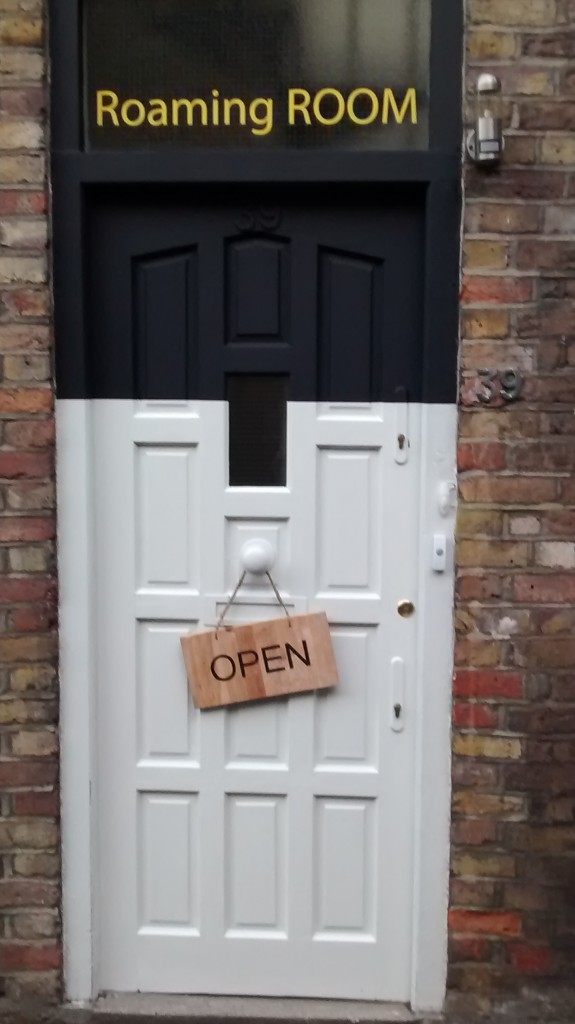 Nearly fall off my seat reading through the Guardian’s book review section:  ‘…not a bad book…but it represents one more uninspiring addition to the current vogue for Archive Mania…reads like…research for a TV series…someone should take his research, tear it to pieces and stick it back together in an unexpected way…’

The closing paragraph of Ian Penman’s piece in which he trashes Electric Shock, Peter Doggett’s book about the history of pop music, is frighteningly close to my friend Richard’s comments about my artworld memoir.  Am I also just another ‘pale, middle-aged, bloke bleating about the Good Old Days’ to use another of Penman’s searing phrases? Well, I may be a bit pallid and Caucasian but, in my defense, I’m more than middle-aged and not so much bleating as groaning.  Then again, maybe there could also be a bit of a silver lining here, in the fact that good old Bodley Head actually went ahead and published Doggett’s half-baked efforts.  Perhaps I should send them my manuscript in case they’re looking for someone to do to the artworld what he did to the popworld.

Turn the page to find another glowing review of my old friend Mary Beard’s History of Ancient Rome – ‘subtle and engaging…constantly compelling…a masterful study’. This cheers me up no end.

Not much else in the paper except, curiously, twice I spot the appearance of the word ‘post-post-modern’.  The German philosopher Markus Gabriel uses it, although it’s hard to decipher exactly to what he is ascribing it and then Ahdaf Soueif slips it in when describing Daesh (the bunch that the BBC calls, so-called Isis).  I didn’t think I’d coined the word but I felt quite clever using it in the title of my artworld memoir and hadn’t realised that it was in quite such common useage.  It’s the kind of thing that Private Eye will pick it up next and start ridiculing its overuse, which then means I‘ll have to drop it and think of a new title.

After all that literary stuff I’m ready for some visual stimulation so head for Chalk Farm tube, walk halfway up Haverstock Hill and then turn off to the Zabludowicz Foundation.  This place shows art but it’s neither a comfortable Cork Street white cube nor a sterile White Cube aircraft hangar but instead a desanctified church with distressed fittings.  So what is the sermon today?

According to the leaflet, Jon Rafman ‘mines video games, internet memes and virtual landscapes for images, text and footage which he collages together’.’ And this, as far as I can tell from my very brief wander around parts of his multi-media exhibition installation is a pretty accurate summation of what he does.  But whether he does then, ‘produce poetic narratives that critically engage with the aesthetics and subcultures of online communities’ is another matter and one for which I’m not really qualified to speak.  I’m far too old and grown up to have been part of the Playstation-Nintendo generation and, thankfully, the imagery that obviously attracts millions of youthful adherents to shoot zombies, drive cars too fast and construct legoland simulacra has passed me by.  Still Life (Betamale) requires the viewer to watch a TV screen while immersed in a tub of plastic balls.  There’s a queue of people all excitedly waiting to be so immersed, but there’s no way I’m going to join them, I’d just feel silly, like one of those desperate disco dads who dances at weddings and embarrasses their kids.  So I walk on, pausing briefly to look at a video of a boy talking to a butterfly and a pair of robots engaged in pixilated sex.  Then I come up against a man with a clipboard who bars my way.  It seems that I should have pre-booked to see the next work.  I turn around but, instead of entering the Sculpture Garden Hedge Maze, find that I’ve taken a wrong turning and am outside the gallery and back in the foyer.  This I take it as a sign that I’m simply in the wrong place at the wrong time and so I decide to forgo the other virtual pleasures on offer and instead re-enter the real world as crystallised by a ride on the number 38 bus all the way to the Finchley Road and another hill climb that culminates at the Camden Arts Centre.

If the last lot of video art was fast and furious this time it’s slow and subtle and so deliberately, worthily, intellectually dull that I can immediately see why my art theorist friend Richard found it so very appealing.  I’ll admit that the work of Ben Rivers is very cutting edge contemporary and that anyone wanting to know where the artworld has reached should definitely give it a look – but it’s not much fun.

There is a Happy Land Further Awaay is a twenty-minute travelogue showing the parts of the island of Vanuatu that got trashed by a cyclone while What Means Something uses twin screens to reveal the artist Rose Wylie simultaneously reading a book and painting a picture.  Both works are accompanied by mumblecore soundtracks that add to the soporific nature of the imagery.  We are also invited to see another separate room in which Rivers has curated a small display of photographic and painted landscapes.  The whole ensemble of Post-Post-Modernist meta art mediations and meditations is very a la mode but also, to me, very a la boring.

Maybe halfway along an artworld spectrum between the excesses of Rafman and Rivers lies a happy medium.  But even as I type that sentence, I can hear Richard’s raised voice, ‘Who wants an art that is just medium?’  And that’s a fair point.

Finally across town to Roaming Room, a temporary exhibition space temporarily sited in a very des res mews house off Baker Street that is awaiting an expensive redevelopment.  There’s no particular theme linking the works of the thirty artists that are spread across half a dozen rooms but they’re all sort of what might be called Conceptual-lite.  Art with a bit of a gimmicky twist but that also looks jolly tasteful – it’s the kind of stuff I quite like.  And here I quite liked Ron Hasleden’s Living which shows little lights flickering under a rock as if someone has just squashed a bunch of fire flies; Gordon Cheung’s tulip painting on a FT background and Sean Griffiths’ sculpture comprising a circular mirror and a cast iron fireplace that seems to be prematurely relocating itself half way up the wall.

Head off round the corner to the Patisserie Valerie that’s stuck in Marylebone Station.  As expected, get an above average cup of coffee and blueberry muffin but then this is a chain that prides itself on being a bit above average.  Unfortunately it’s now late afternoon and the place is looking unusually messy, with tables uncleared and trash on the floor and I’m sure if the eponymous Valerie saw it she’d give the staff more than just a Gallic shrug.