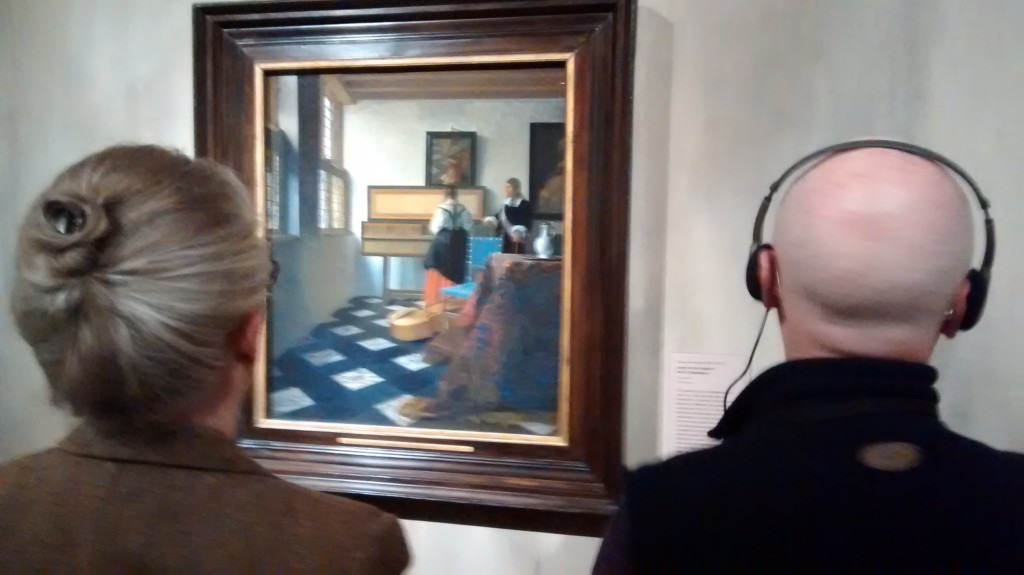 Should you be so honoured as to get an invitation to go to Buckingham Palace then I think you’d have to be a pretty staunch anti-monarchist to turn it down, without at least some pause for thought. Sorry Maj, far too busy – I’ve got to wash my hair, then there’s the dog to delouse and I haven’t started on the Luther box set I got for Christmas and… I suppose I’m generally fairly equivocal when it comes to the royals and their dysfunctional family soap opera lifestyle – I can never remember who is divorced from whom or the names of the various princes and princelets – and I certainly don’t remember voting for any of them. But then somebody’s got to cut all those ribbons and Liz seems to have got that off to a tee, and enjoys doing it, so why not let her carry on? Finally, I have to admit that any republican credentials I may once have professed, have been eroded over the years, one scoop at a time, since discovering the very agreeable Waitrose Duchy Organic Ice Cream that Charles makes on his days off.

Anyway, when I recently got an invitation to go to the Palace…ok, it wasn’t exactly one of those gold-rimmed cards with the embossed printing using a fancy curly font and nor was it a letter from the black spidery hand of the royal Mr Whippy. But that doesn’t matter, I know Her Maj wanted me to pay her a visit because I kept seeing posters stuck up all over the tube stations telling me that she’s picked out a special selection of her paintings and hung them up in her very own Queen’s Gallery. And if she and Phil got out the spirit level, tape measure, drill and screwdriver and went to all that trouble then it would be churlish, bordering on lese majeste, not to make space in the diary and find time to go and have a look – which is what I did today.

The Palace is just a short walk from Great-great-grandmother station – or Victoria as we commoners have to call it – and, it’s a pity, but getting into the actual Gallery is not through those famous wrought iron gates at the front but via an entrance round the side. Not being allowed to use the front door is one of those annoying little reminders of one’s lowborn station in life that just has to be accepted, along with suffering the indignity of being required to empty one’s pockets of loose change and having to walk through a metal detector and then be frisked by a member of the downstairs staff. After all this inconvenience, you even have to pay a £9.20 entrance charge (£10.00 for juniors) to get to see the show but it’s worth it, because the lady has such a very nice collection of art and she presents it in such a very lovely way – the current exhibition, Masters of the Everyday – Dutch Artists in the Age of Vermeer, being no exception. There are only about two dozen works in the show but there’s not a duffer amongst them, they’re all exquisite little gems and while the main draw, Vermeer’s The Music Lesson, may be familiar, it’s still a real corker and lovely to see whenever it gets dragged out from under the stairs and put on display.

Before we get to the main course – the scenes of everyday life in Holland in the 17th century – the Queen has kindly rooted around the basement, found a batch of other Dutch artworks from the same period and put them up in the antechamber. This first room of hors d’oeuvres contains some representations of sea battles, which are more propaganda than art (and for those interested in the scores, I’ m pleased to say that we won the Anglo-Dutch Wars 4-2 in extra time); some portraits of Charles (the kings, not the awkward son); and a very attractive Lely painting of Diana (the goddess, not the awkward daughter-in-law). Oh, and there are also two or three Rembrandts, including portraits of a lady and a rabbi, which are marvelously rich character studies. By contrast, the genre paintings in the front room come as light relief: a bustling cavalcade of characters and situations that could have stepped straight from an early version of Eastenders. The first painting sets the scene, with the mistress of the house looking straight at us, holding a finger up against her lips and imploring us to remain silent so that she can continue to eavesdrop on the maid entertaining a gentleman visitor in the room below. Other typical storylines included in the paintings here feature a succession of worldly rogues trying to seduce innocent young maidens by plying them with drink or plates of oysters and, in one case, engaging in a game of Lady Come into the Garden. Apparently this was an early version of strip poker and, judging by the pile of discarded blouses and breeches, the game has been going on for quite a while. There was no central heating in those days, of course, so consequently everyone wore many more layers of clothing and, in fact, all the women remain chaste while the hapless lothario has only just unbuttoned his shirt. In another painting we do get to see a woman flashing her knees as she’s getting out of bed, but that’s about as raunchy as things get here (unless you can decode the moralistic iconography of the painting, with its upturned mandolin and ivy covered skull lying on the floor – which is presumably something about rumpy-pumpy and the consequences thereof).

In contrast to the sophisticated seduction scenes that took place behind the closed doors of city houses, out in the country the lower orders apparently preferred more rumbustious entertainment. So we get to see crowds of yokels having a riotous time, merrymaking and enjoying the revels, drinking heavily, knocking over tables and generally behaving badly. Just as the topic of sex was hinted at, rather than being more overtly expressed, so it’s the same with respect to violence, the other great staple of narrative art throughout the ages, and all the mayhem here is entirely comic. With the sex and violence toned down there’s nothing on view that might distress those of a sensitive nature but the paintings are far from being bland. They’re full of incident and detail and the artists are only too pleased to show us examples of their technical virtuosity, whether it’s contrasting the bloom on the skin of a handful of grapes with the roughness of a scrawny bunch of carrots or the sheen on a silk cushion against the shimmer of light on a ceramic jug.

For contemporary art lovers, the name Vermeer sends a special frisson down the back of the neck. Whether it’s a lacemaker or a guitar player, a girl with a pearl earring or a woman with a lute, the artist seems to imbue all his sitters and situations with a perfection of charm and balance and The Music Lesson, as already indicated, certainly does this. Vermeer has perhaps just a touch more accuracy and confidence in his use of perspective, his paintings seem a bit more convincing when it comes to indicating depth, maybe they’re slightly less cluttered and more airy, less detailed and yet more precise. Whatever it is, they have a certain exquisite elegance and if you liked the one here then you’ll also like the pair on permanent display at the National Gallery.

All in all, it’s a very attractive exhibition and perhaps I can take this opportunity to offer a reciprocal invitation to Mrs Queen and say that, should she wish, I would be only too delighted to have her round to see my own modest collection of artworks. And, as long as she promises to wipe the dust off her shoes, she’s very welcome to come in through the front door – no charge, of course, but if you could just grab a couple of tubs of that ice cream on the way here it would be much appreciated.