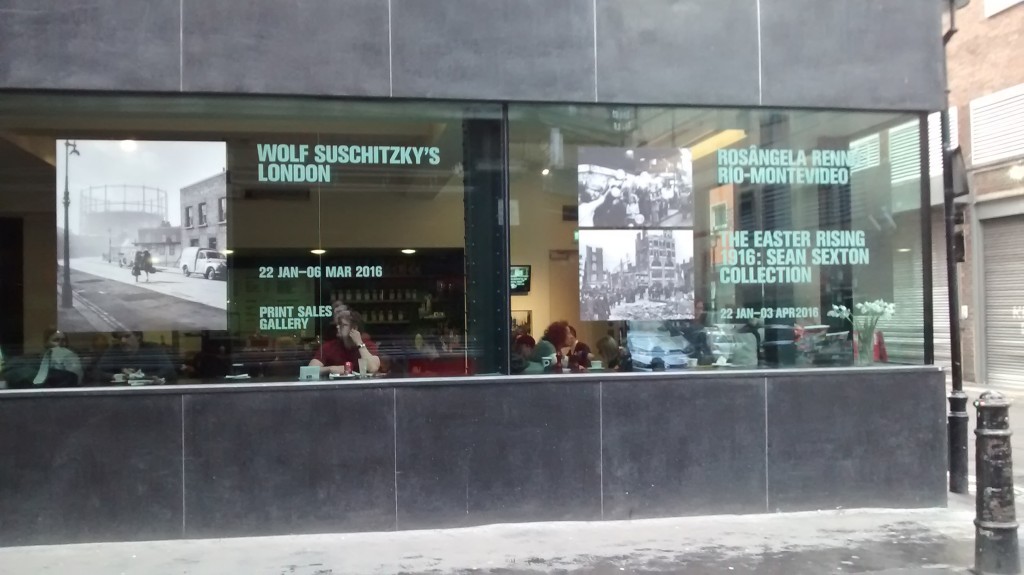 To Oxford Street and the Next fashion boutique. No, I’m not having a makeover, nor am I being disloyal to M&S or getting back at them in revenge for selling me their mis-sized underpants. I promise, I went to M&S first but they simply couldn’t service my specialist needs. What I required was a belt suitable for a 40 inch waist and, as one of the helpful assistants advised me, while they cater for every other size, they simply don’t stock one for those of us who fall into this specific demographic. Apparently they also don’t do a size 10 nightie, although I’m not quite sure why the woman thought it was worth passing on to me that particular piece of information. The Next shop, however, does have a range of belts of the correct measurements and I manage to buy rather a nice one although, being a bit parsimonious, I decline the offer of a bag when I make my purchase, preferring to save myself 5p. Walking down the stairs, leaving the store, I cram the belt into my jacket pocket and raise my eyes only to find the security guard giving me a suspicious look, sizing me up and doing a bit of quick customer profiling. Fortunately, I have the receipt in my other hand and wave this in his general direction and, as I pass him, explain that I’m not an international belt thief but a retired accountant (I don’t mention anything about the amateur blogging). He smiles at me and lets me pass, evidently appreciating that this statement of professional status emeritus implies that I’m not going to be attracted towards petty acts of shoplifting and much more likely to be interested in the better remunerated field of white collar crime.

Back on Oxford Street I head east and cut down the alley that takes me to the Photographers’ Gallery and its new set of exhibitions which, as usual, encompass quite a mix of different styles and genres. I decide to start off by having a look at the selection of pictures from the Sean Sexton Collection, an archive of postcards, press photos, portraits and other ephemera charting the erratic development of Irish independence. The earliest items show rural scenes from the 1840s but the bulk of the works cover the couple of decades either side of the 1916 Easter Rising, when Irish republicans briefly seized the Post Office and other locations in central Dublin. Having been overpowered by the British army, the leaders of the insurrection surrendered and were put on trial, with the majority being executed. And the rest, as they say, is history – the often bloody history that has continued, in one form or another, for the ensuing century but which is thankfully going through a period of peace at present, however grudging and precarious.

The introductory wall panel to the exhibition suggests that the Rising presented, ‘a cast of young, idealistic (and photogenic) heroes and heroines’ but (parentheses aside) there are no romantic figures like Fidel Castro here and nothing approaching a poster boy image like the famous one of Che Guevara. With the notable exception of the gun-toting Countess Markievicz, who looks a bit like Billy the Kid to me, the great bulk of the participants seem to be old men in top hats, homburgs or flat caps and with winged collars and whiskers of variable length. There are portraits of Parnell and de Valera, bowler-hatted members of the UVF, crowds of rioters, and policemen beating them with batons, and buildings reduced to rubble (from a series of Sinn Fein postcards) but I’m not sure that this collection of relatively small, grainy images manage to bring history to life. Instead, they make it all seem like it happened a very long time ago in a very different world, which is maybe not such a bad thing.

On the next floor up, Brazilian artist Rosangela Renno presents an installation featuring 20 old-fashioned projectors showing slides from the 1960s archive of El Popular, the Uruguayan communist party newspaper. If Dublin a century ago seems like a long way off then South America half a century ago is almost as far, and my knowledge of the politics of the time very much more shaky. I don’t know if there are many ageing Uruguayan communists resident in London, but it’s doubtful that anyone else will really have much chance of understanding many of the cultural references or of being able to appreciate the exhibition as a whole. Does the football team have a special significance? Who are the pall bearers and the armed men on horses? And what about the men loading the bedstead onto the lorry? Did that play a specific part in the revolutionary struggle? Perhaps the most important question raised here concerns the matter of who on earth decided to schedule such an arcane exhibition?

At least you don’t need to have any great understanding of political history to be able to appreciate the other two exhibitions in the Gallery. Both the Saul Leiter retrospective on the top floor and the small selection of Wolf Suschitzky prints in the basement tell their own straightforward stories. Leiter was both a painter and a photographer, and sometimes both at the same time, as when he layered pastel colours on top of pictures that he’d taken himself or pin-ups that he’d culled from magazines. But his best work seems to me to be neither these altered images, nor the staged fashion shoots (also on show here), but the snapshots he took when walking along the avenues of New York. These scenes of mundane street life, while not composed in any formal sense, are often very slightly and very deliberately distorted, whether by being overlain by great blobs of falling snow or blurred by being taken through the condensation of a car windscreen or refracted by the fuzzy illuminations of the neon city lights. In each case the resulting photographs are wonderfully attractive colour studies and one wonders how Leiter managed to get so many interesting and beautiful shots when apparently taking them all so quickly and randomly? I guess the answer lays in the editing and all those unsuccessful works that he didn’t bother printing up.

By comparison, Suschitzky’s black and white scenes of London life in the 1930s and ‘40s look very much more staged. A Captain Mainwaring lookalike stands outside Foyles and pretends to be reading a book; an unhappy couple look miserable and bored with each other while sat in an upmarket tea room; and a dowdy fan dancer stands flat-footed as she prepares for another matinee performance. The studies aren’t as colourful or flashy as those that Leiter captures, being more Ealing Studios than Hollywood, but each picture nevertheless tells its own story – comic, tragic or somewhere in between – and, suffused with an old world simplicity and charm are as cosy as a nice warm cup of tea.

Being Sunday, it seems appropriate to pay a visit to the former church that is now home to the Zabludowicz Collection, a place that prides itself on giving contemporary artists the space to explore contemporary issues. Use/User/Used, the current exhibition, is no exception, with work from 18 artists exploring concepts of consumerism, competition and connectivity – at least, that’s what the gallery leaflet says. There seems to be a good deal of quirky humour on display, not least among some of the sculptural assemblages, the favoured choice of media for most of the artists here. I quite liked Lucy Tomlins’ stylised supermarket display cabinet complete with a selection of packaged meats and Nick Darmstaedter’s Trapaholic, which uses a fishing pole, garden hoe, hammer and plant to construct a mini-version of one of those mantraps that Tarzan and Rambo used to make out of jungle vines, ready to hoist the baddies into the air. But the prize for the work that best catches today’s zeitgeist must surely go to Lea Collet & Marios Stamatis with their wall-mounted tablet display that runs a live stream from the artists’ studios. When I took a look, it seemed that Lea was there at her desk studiously looking into her laptop and I couldn’t help wondering whether she was looking at someone else looking into their computer who was…well, I’m sure you get the picture.