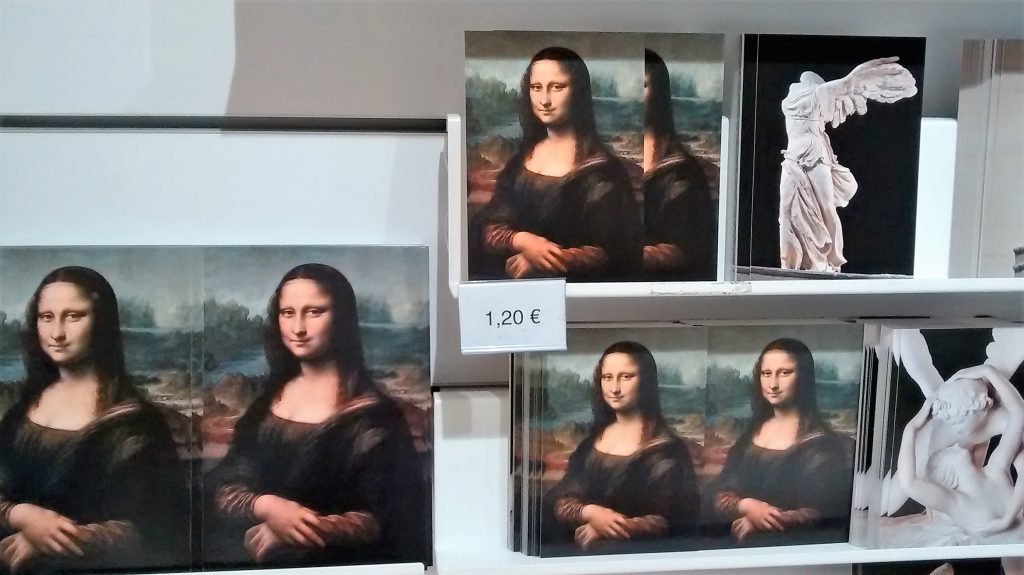 I guess our cousins across the Channel are probably feeling a bit bruised and bemused by the audacity of the UK’s recent decision to depart their continental club.  And so, as a good European, I feel duty bound to try to reassure them that despite the apparent brutality of the Brexit brejection, some of us still wish to retain the historical sense of cordial ententeness that has traditionally bound our great nations together through war and peace.  Hence, my current location, situated in the bar of the Ibis Hotel next to the Place de la Bastille in the 11th Arrondissement, where I’m sipping a cold beer after a very hot day ramblant dans les boulevards de Paris, France.  Ok, so the record may show that, in fact, I booked my city break a few months before the referendum, and thankfully paid for it when the pound was somewhat stronger than it is now, but since everyone else has been exaggerating, spinning and making things up to try to further their causes, it only seems appropriate to follow the trend and similarly flex the facts.  At any rate, I am now recovering from a hard day’s cultural tourism begun this morning at the Musee Picasso.  (And apologies for my French accent – or rather the lack of them.  I think there’s a trick with the keyboard that will make them appear but I’ve not learned what it is and so any grammarian sticklers will just have to draw them in themselves.) 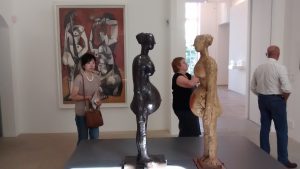 And so, back to the Musee, which has had a complete makeover since I last visited ten or more years ago.  While from the outside it still looks like a very large, very elegant 17th century townhouse, inside the pristine gleam of the bright white walls resemble the slightly clinical, characterless anonymity of any number of commercial white cube galleries which, I think, is not necessarily an improvement on the original, slightly shabbier setting.  But what about the art?  Well, the current focus is on the Pablo’s sculptural output which, although secondary to all his paintings, prints and drawings, was something he dabbled in continually throughout his very long career.  And, of course, being by far the most prolific artist of the 20th century, the Musee has had no difficulty in finding sufficient works to fill the dozen or so rooms here with a series of 3-dimensional treats. 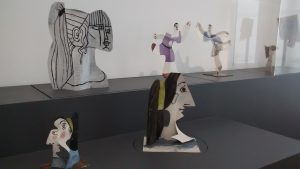 I don’t think I’ll bother going into any biographical or art historical story about Picasso’s life or work or why he was such a major figure in the development of visual art as most people probably already know all they need, or want, to know about him and have made up their minds as to whether they think him a genius of the highest order or a nasty misogynistic fraud.  Suffice to say that what marked Picasso out from all the other Modernists of his generation was his absolutely unrelenting mission to find new ways of representing the world around him, refusing ever to settle on any particular style or format until he had stretched squeezed and shredded it to the limits and then stuck it all back together again.  Perhaps unsurprisingly, the sculptures echo that characteristic sense of compulsive experimentation and so take an almost absurd range of forms.  And whether it’s recycling a toy car to form the face of a baboon in an assemblage of found objects; creating a cocktail glass from a couple of roughly painted wooden offcuts; or composing any number of figures and faces by folding metal or moulding clay, the results are never less than interesting and frequently quite extraordinarily wonderful.  To pick just a few favourites:  I especially liked the simple bronze jester heads; the colourful glasses of absinthe complete with spoon and cube of sugar; and the ceramic plates each decorated with a different face.  Intermingling among the sculptures and adding some welcome bursts of colour, in what is otherwise a slightly too monochrome display, are a small selection of paintings and prints all of which help to confirm Picasso’s position as the greatest artist of the last century. 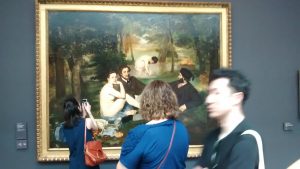 After a quick coffee and a pain au chocolat in the little café on the top floor I don my shades and stylish Breton cap and head west, crossing over the Seine at the Pont Neuf to reach the Musee d’Orsay.  The collection here concentrates on one of the golden ages of French art and includes work from the second half of the 19th century through to the first few years of the 20th, a period that saw the end of one era and the start of another, the climax of the ancient regime and the birth of modernity.  Of course, the biggest thing to happen to art during this period was the rise of Impressionism and Post-Impressionism with the focus on finding a new, less rigid manner of representing aspects of the mundanities of everyday life, whether it’s Manet recording a train pulling into the Gare Saint-Lazare or one of the great number of the simple still lifes, and slightly more complicated landscapes, that Cezanne devoted such a lot of time and effort producing.  The Musee has a stack of such works, many very famous and familiar and many just as new and refreshing to discover.  While just about everything by Renoir, Degas, Van Gogh, Toulouse l’Autrec, Vuillard and all the other big name stars are always worth checking out, just as interesting to look at are the examples of the grandiose salon art that Impressionism so comprehensively swept aside, if only because it is so much less well known.  There’s a tendency to mock this kind of old fashioned art and dismiss it all as absurdly overblown and melodramatic but some of it definitely deserves a second chance if only to acknowledge the frequently impressive displays of technical proficiency that some of the artists producing it possessed and to marvel at the sheer flamboyant assuredness of the subject matter they chose to display.  And, frankly, it’s hard not to just gawp and stare in wonderment at such marvels as Carrier-Belleuse’s torch bearers, that provided a fantastic decorative feature at the top of the stairs in the Paris Opera, or Gabriel Ferrier’s Scenes from the Spanish Inquisition, in which a voluptuous young naif has her hands bound and breasts bared prior to being…well, I’m sure the man with the black hood is just about to think of some outrageously unspeakable act for his evil henchmen to perform. 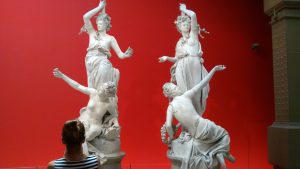 I’ve a feeling that this kind of art was terrifically popular in its day at least amongst the tiny percent of the population that could afford to buy it.  And I suppose if one was rich enough and had a house with walls big enough then it’s exactly the kind of thing that would be bought and displayed as some kind of trophy to confirm one’s wealth and status, if not perhaps one’s sense of taste.  And I wonder if it’s perhaps not too fanciful to think that today’s equivalent would be one of the equally large, colourful and silly paintings by Jeff Koons in which he layers an equally titillating array of scenes and characters – and which one assumes todays unthinking oligarchs and spivs line up to buy. 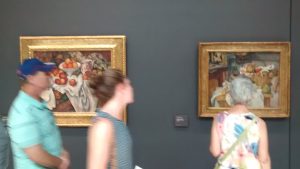 Naturally, these deep moral questions occur to me as I treat myself to a rather sumptuous lunch of asparagus soup and some clever chicken contrivance in the Musee’s main restaurant, which is elaborately decorated with ceiling paintings, chandeliers and mirrors.  It’s the kind of unreal setting that I find quite appealing and I start to wonder whether I could use it as inspiration for some redecoration at home but before I allow myself to drift too far along this path of opulent reverie, I consult my map to see that I am only a few rues away from the Musee Rodin. 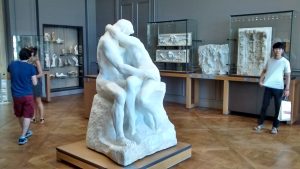 And so off I go, although by the time I arrive, I have to admit that the 35 degree heat has taken its toll and my concentration is definitely starting to flag, which accounts for the brevity of my reflections on the place.  Anyway, as far as I can recall, the collection is displayed in chronological order starting with some paintings created during Rodin’s student days.  And it seems that before he got his hands stuck into the clay, he was actually quite a talented painter, at least when it came to copying the muscular life models (the later landscapes are noticeably less successful).  Following on from this small selection of paintings come room after room of the familiar black patinated bronzes of bodies and bits of bodies that the sculptor churned out through his career.  And I think it’s fair to say that from the busts of the famous to the busts, buts and other bits of the beautiful that Rodin so clearly enjoyed modelling and manipulating, it’s all very entertaining stuff.