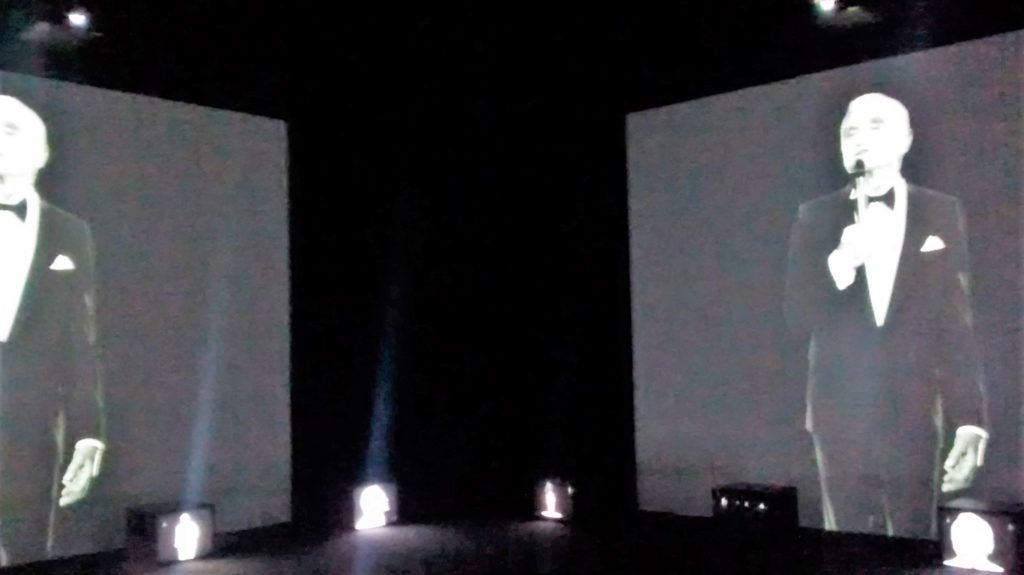 Down to Charing Cross tube station and out onto the Strand in search of number 180, which I’ve heard is the site of a new pop-up gallery that needs to be investigated.  Looking at the street numbers as I walk along passing the Stanley Gibbons Stamp Shop, the Savoy Hotel, Somerset House and King’s College, I realise that it would have been quicker to go to Temple station and walk up Arundel Street but anyway I finally get to the right address, just opposite Australia House and, I have to say, the place actually looks quite interesting.  It’s a large, relatively modern office building that’s evidently being gutted and refurbished prior to the new occupant moving in but, for one reason or another, work seems to have been halted after an initial clearing out phase, and this has allowed a gang of artists to move in.  Well, not exactly.  Years ago, in more adventurous and romantic times, when a bunch of bohemians took over an empty building they would probably have been squatters making political propagandist points about the devilish motives of the capital’s capitalistic property speculators, with the more creative ones also bemoaning the commodification of art by the corrupt lickspittles of the running dog, bourgeois art market conspiracy.  And I suppose that such revolutionary theatricals could once again become fashionable, should the idealism of the new great helmsman Jeremy Corbyn gain greater popular traction at some point in the future.  In the meantime, however, it’s the safe, establishment team who usually run the Hayward Gallery that have launched this particular cultural initiative, presumably having got bored sitting around with nothing to do while their Southbank home is temporarily out of action, undergoing its own spring clean-cum-makeover. 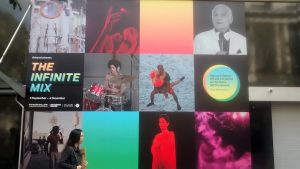 As such, the whole operation is a very professional enterprise with a smart entrance foyer, a useful little exhibition guide and a team of helpful invigilators strategically sited to point out the route round the building and the location of each of the ten specific video installations contained therein.  The art is similarly glossy and with the kind of high-end production values achievable only with the enthusiastic support and co-sponsorship of various commercial galleries, corporations and public institutions.  But whatever the background story, the show is free, well laid out and gives a useful opportunity for the curious – amongst whom I include myself – to get a quick update on the current state of what has traditionally been grouped together under the rubric of Video Art.  In fact, on this occasion, since music plays a key part in all the films on show here today, perhaps the name should rightfully be double-barrelled into Video-Audio Art (or probably the more euphonious Audiovisual Art, which is whar the curators choose to use in their gallery guide). 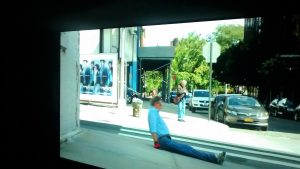 Anyway, first off is the documentation of a simple performance piece by Martin Creed in which half a dozen pedestrians with varying degrees of physical impairment walk, hobble, hop and drag themselves back and forth across a New York street.  The accompanying soundtrack is also composed by the artist and consists of a noisy rock ‘n’ roll thrash with a thumping repetitive beat which occasionally seems to fall in sync with the rhythms of movement used by the various disadvantages perambulators.  It’s a phenomenon perhaps alluded to in the chorus to the song – sometime you’re on time – although, for all I know, that may just as well relate to the bystander at the end of the film who consults his watch; or even some personal experience of the artist in which he’s been inconvenienced by the deliberate tardiness of an unreliable disabled acquaintance.  The title of the piece, Work No, 1701, doesn’t really help much.

The whole event lasts about four-and-a-half minutes which is perhaps a little long for a pop single but, in my opinion, just about the right length for a video work since it allows for a second viewing while just about keeping within the limits of my attention span.  If that suggests I may be exhibiting the symptoms of the first half of ADHD (I know for sure that I haven’t got a problem with the end bit) then, of course, I accept that some people may feel obliged to watch each video through to the end, thinking it disrespectful to the artist to do anything less.  But I reckon that if it takes more than ten minutes – fifteen max – for an artist to make a point then he or she is bumping up against problems of technique or else has strayed out of the artworld and into documentary making, which perhaps means they should consider switching over to a proper cinematographic or televisual career future. 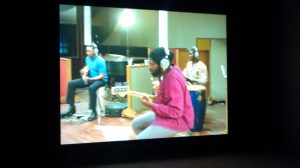 I suppose the exception to this rule is the work here by Stan Douglas which, in its entirety, continues for six hours and one minute and surely not even the artist, his mother or his biggest ever fan has actually sat down and watched the whole thing through to the end.  I’m guessing that part of the idea behind the construction of the piece, which purports to show a cool jazz funk band jamming away in a studio, is to test just how long a viewer can last before getting bored or irritated and moving on.  The music starts off ok with a decently orchestrated riff providing a pleasant enough background rhythm track but none of the musicians steps in to take the lead and develop the theme so the session (in fact, a compilation of cleverly edited cuts, and not one marathon venture) just keeps going on and on and on and going nowhere. Things start to grate for me after about ten minutes and become pretty unbearable after fifteen although I can imagine there may well be some more relaxed hipsters who would be happy to groove along to this kind of sound for quite a lot longer.

As for the rest of the videos, I suppose the most entertaining experiences will be generally determined by the musical tastes of the individual.  So, for opera fans, I imagine the highlight would be the holographic performance of Dominique Gonzalez-Foerster as she mouths along to performances by Maria Callas warbling her way through a trio of arias.  While at the other extreme, I guess connoisseurs of rap are more likely to appreciate the Kendrick Lamar soundtrack to a sort of music video collage by Kahlil Joseph that shows scenes from life in the notorious Compton district of Los Angeles.  In fact the place doesn’t look as bad as its reputation suggests – ok there were a few gunshots but the suburban housing actually looks quite attractive and most of the people reasonably content, whether sitting at the hairdressers, lounging by the lido or parading with the cheerleaders at the highschool football game.  Then again, I daresay a different edit, emphasising the usual gang culture cliches could have been produced to confirm the more usual dystopian vision of Black American working class lifestyles.  I’m not sure which would be the more accurate picture but then if I want to watch a seriously informative sociological documentary I turn on the TV, it’s not really what I expect or wish to encounter when I go along to see an exhibition in an art gallery.

Having said that, I think it’s fair to suggest that works by both Rachel Rose and Jeremy Deller & Cecilia Bengolea use a sort of quasi-documentary structure but with sufficient layers of subversion, elision and downright strangeness that neither is likely to be featured in BBC’s Panorma slot or appear in Channel 4’s Unreported World season.  Which is not to say that I learned nothing from respectively watching Everything and More, in which a US astronaut talks about his experiences on a space station (Africa looked red, the Himalayas white and his ears felt heavy); and Bom Bom’s Dream, that centres on the terpsichorean aspirations of a booty-shaking, bewigged Japanese breakdancer and her talking chameleon mentor. 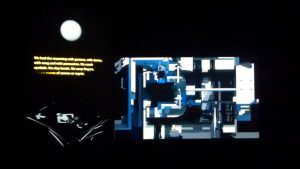 All of which thankfully allows me to end with the remaining pair of altogether more straightforward video entertainments.  Ugo Rondinone documents the beat poet John Giorno decked out in a dinner jacket (but sans shoes) performing an autobiographical work created on his 70th birthday which takes an ironic look back on some of the events that have occurred during the course of his eventful life.  And finally, after donning a pair of 3-D spectacles, I get to enjoy the simple meditative charms of Cyprien Gaillard’s formalist montage of rustling leaves, swaying trees and colourful exploding fireworks. 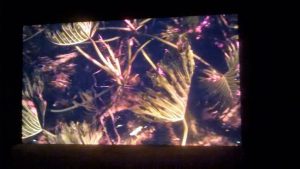